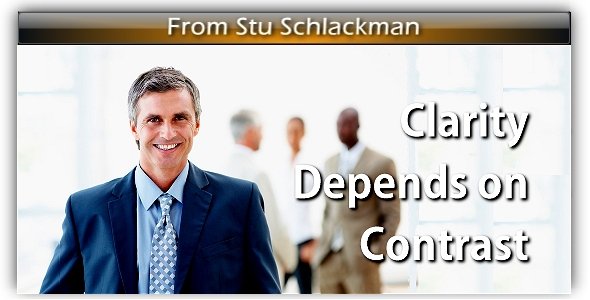 Rosser Reeves coined the term “Unique Selling Proposition.” As an advertising executive, he was among the first to produce television spots for presidential campaigns. His 1952 ad for Dwight D. Eisenhower that included the singing refrain “I like Ike” was one of his most famous stories showing the enduring power of clarity.

The following true story is shared in Daniel Pink’s book, To Sell Is Human.

Once while walking through Central Park, Reeve’s and a colleague encountered a blind man sitting with a sign and a can collecting change. The can had very little change. Reeve’s turned to his colleague and said something to the effect of: “I bet I can dramatically increase the amount of money that guy is raising be adding four words to his sign.”

His skeptical friend took him up on the bet.

Reeve’s took a marker and added the four words, then stepped back to watch. Before long the cup was running over with cash and the blind man was happy as can be.

So, I’m sure you’re wondering, what was on the sign. Originally, the sign read, “I am blind.”  Reeves added to the beginning of the sentence, “It is springtime and. . .”

The lesson? Clarity depends on contrast.

The added words moved people to empathize with the blind man knowing he was not able to see flowers blooming and the trees budding. Arizona State University scholar and social scientist Robert Cialdini calls this “the contrast principle.”

As a sales professional, you must frame your offering in ways that contrast with its alternatives, aka, your competitors. So asking, “compared to what?” is an important question. This helps you to clarify the uniqueness of your products and services.

Daniel Pink shares five frames that can help you to add clarity for customers you hope to move in your favor.

The bottom line is this.

Like I have said many times, logic makes us think, but emotions make us act. To move your customers, you need to touch them emotionally.