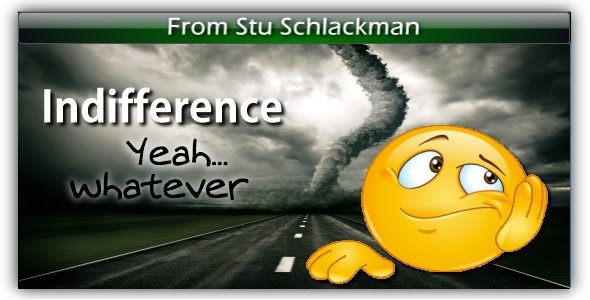 It was the worst sales call of my life. I walked into my first appointment with a prospect in Dallas all pumped up to build a new relationship, talk about their needs and how our solutions could have benefit. We shook hands (felt like a limp wet fish), I made eye contact (the customer was checking out the ceiling) and I was off to one of those very uncomfortable, “waste of my time” sales calls.

After finding out the prospects challenges, I started to talk about one of our solutions that could overcome their issue. I also mentioned that in the future this solution could be integrated into other departments that can take advantage of the functionality.  To my surprise, he said, “so what”?

Has this ever happened to you?  It definitely doesn’t feel good, so how did you respond? I immediately thought about the line from Cool Hand Luke, “What we have here is a failure to communicate”!

Today, I might think of Harry Beckwith who says in his book “Selling the Invisible”, your biggest competitor is indifference – oh no! I totally agree with Harry. I would much rather deal with a prospect that shows resistance than one that shows indifference.

So what is the best response for indifference?

First start with the reason for the meeting. Ask your prospect, “What did you want to accomplish in today’s meeting”? Guide them back to their rationale for giving up their valuable time for this meeting.  Asking this type of open-ended question puts you back in the lead. It gives you the opportunity to receive needed information and assess what your next step should be. It also helps you recover from any sting you may have felt over their response.

If your challenge is indifference you can also ask close ended questions. Ms. Prospect, would it be fair to say that you’re not satisfied with the state of your present operation? Have you tried to solve this challenge in the past? If so what was the outcome? How important is this project compared to the other issues your organization is facing? Would you be interested in hearing how we have solved this issue for other clients like yourself?

Getting a prospect off of indifference is definitely a challenge. Many times this can be overcome when they see you are genuinely interested in their business and that you want to help them solve a problem instead of just selling a solution.

To avoid indifference make sure that your customers know that you have their best interest at heart because you put them first. Be prepared.  Show interest and then ask the right questions to get and keep the prospect engaged.